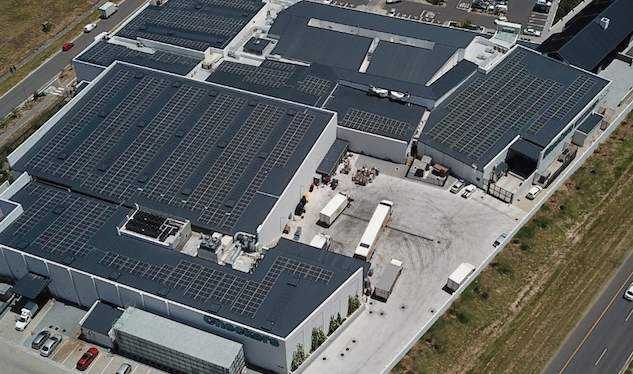 This is part of Checkers’ ongoing commitment to environmental sustainability and comes as the retailer launches an environmental campaign to drive further awareness and dialogue on this important issue.

Enabling Checkers Sitari to run entirely off renewable energy is a 635kWp rooftop solar PV installation and an agreement with Eskom’s Renewable Energy Tariff programme. This allows customers to source up to 100% of their electricity from renewable resources.

The Sitari Village Mall, with Checkers Sitari as anchor tenant, will generate 35% of its electricity from its rooftop solar PV system. The remaining 65% — 1 752 MWh of renewable energy — will be sourced from Eskom’s wind plant via the RET programme. This is enough to power the entire centre, including the Checkers supermarket, entirely on renewables.

The group says that this initiative comes as Checkers launches its first environmental campaign in its ongoing commitment to making better choices for the planet and changing its business for good, including:

“The commitment to renewable energy is part of Checkers Sitari’s  wider climate change strategy, which acknowledges that climate change will, directly and indirectly, impact our business and the communities we are a part of,” says Shoprite Group’s sustainability manager Sanjeev Raghubir.

“Therefore, we commit to reduce greenhouse gas emissions, continuously improve energy efficiency and strengthen the resilience and adaptive capacity of our operations and that of our communities,” concludes Raghubir.

In 2021 the Shoprite Group, which owns the Sitari Village Mall, doubled its solar capacity and announced its intention to power 25% of operations with renewable energy.

The group has committed to procuring 434 000 MWh of renewable energy a year from a specialist energy trader through its renewable energy procurement project. This is the first of its kind in Africa.