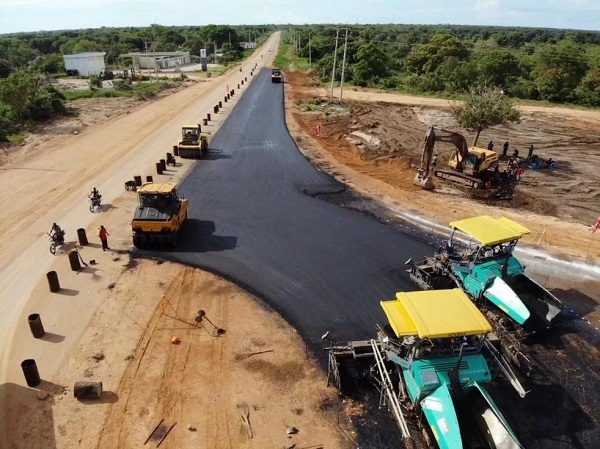 Four counties in the northern parts of Kenya are set to benefit from the Kshs.84.1 billion Horn of Africa Gateway Development Project funded by the World Bank.

The project includes the tarmacking of the 748-km Isiolo-Wajir-Mandera road, which is set to start in January next year.

The Kenya National Highways Authority (KeNHA) will be the facilitating partner and will oversee the construction and completion of the project.

Addressing the residents during the stakeholders’ validation workshop held today at the Garissa government guesthouse, KeNHA’s Project Coordinator Paul Omondi said that the project will open up the economy in the northern Kenya counties.

“The completion of this project will lead to easy ICT access for the citizens, fast travel and movement of goods,  and, improved cross border trading with Ethiopia, Sudan, and Somalia,” Eng  Omondi said.

“We hope that the security challenges facing these counties will end. We will have mobile police patrols at every 30kms along the roads constructed,” he added

Garissa county officials have so far negotiated for Sh750 million from Sh3.7 billion set aside for social infrastructure services along the road corridor for corporate social responsibility(CSR).

Sh300 million will be used on the Modogashe water project that will supply water from Merti Aquifer to all centers along the corridor.

Garissa Governor Ali Korane proposed an allocation of Sh400 million for the construction of a mega-dam at Jalango.

“The remaining Sh50 million will be used on the construction of two laboratories at Barkuke and Janju dispensaries, a new borehole at Skanska, a new dispensary at Kambi Samaki and a Day secondary school at Eldere,” Korane said.

Garissa County will also benefit from the construction of the 127km Kulamawe – Modogashe and the 68km Modogashe – Habaswein – Samatar roads.

The governor called on the area residents to give support to the contractor and project officers who will be building the key road.

He also called on the local community to take care of the CSR projects that will be realized under it and urged the youth to take advantage of the training opportunity availed by the project to get skills in various vocational disciplines that the contractor will be using in the project.

Africa set to benefit from construction projects worth $140m