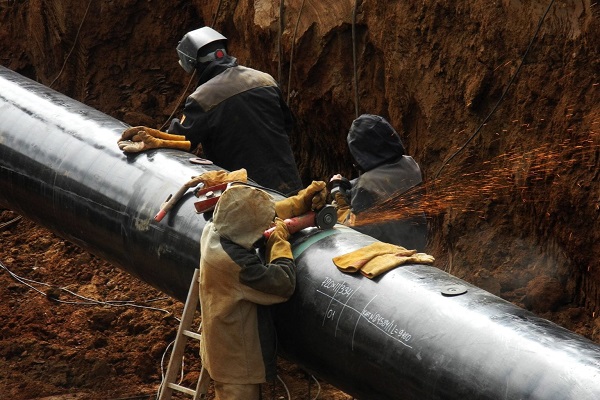 Major banks have developed cold feet in supporting the East Africa Crude oil pipeline project in the wake of an opposition from community and non governmental organisations, according to a press release from Inclusive Development International.

Barclays and Credit Suisse are some of the major banks that have declared they will not provide financing for the construction of the world’s biggest heated crude oil pipeline proposed by French oil company Total and the China National Offshore Oil Corporation.

The banks provided statements making clear they will not support the East Africa Crude Oil Pipeline after an open letter endorsed by 263 organizations from around the world, including Inclusive Development International, was sent to 25 banks considered most likely to be approached for financing.

“Barclays does not intend to participate in the financing of the East African Crude Oil Pipeline project,” the British bank said in its response to advocacy from the recently formed global alliance of environmental and human rights organizations. Credit Suisse also confirmed it “is not considering participating in the EACOP project.”

Although not as unequivocal as the Barclays and Credit Suisse statements, other banks such as United Overseas Bank (UOB) have also made encouraging statements, noted Inclusive Development International.

Ryan Brightwell, Researcher and Editor at BankTrack, welcomed the unambiguous statements from Barclays and Credit Suisse and called for other banks such as Crédit Agricole, JPMorgan Chase and Citi—all major financiers of Total—to follow.

“The EACOP is manifestly incompatible with global efforts to reduce our carbon emissions. Banks simply can’t have it both ways – you can’t claim to be serious about climate change and support climate-destroying projects like the East African Crude Oil Pipeline.” said Brightwell.

“While Total has launched a communication offensive on its activities in Uganda, we hope that French banks, which are among its usual financiers, will not be seduced by this greenwashing operation,” said Juliette Renaud, senior campaigner at Friends of the Earth France.

“Besides climate and environmental risks, our field investigations reveal serious human rights violations already caused by EACOP, with tens of thousands of people deprived of their livelihoods before having received any compensation. We call on French banks to commit themselves quickly and publicly not to finance this project, which is unacceptable from all points of view,” Renaud added.

Lucie Pinson, founder and director of Reclaim Finance, continued: “The four largest French banks have granted more than USD16 billion in financing to Total between 2016 and 2020, despite their repeated commitments to fight climate change. Their silence on the EACOP project is incomprehensible, while other banks, less committed on climate issues, have already ruled out financing this project.”

Samuel Okulony, Chief Executive Officer of the Uganda-based Environment Governance Institute, said the next ten years will be critical for efforts to mitigate the severity of the climate crisis and that a pipeline to transport oil that will generate an additional 34 million tons of carbon emissions each year would be disastrous.

“It’s time for more banks to draw a line in the sand and claim their spot on the right side of history. Burning more oil will only cause more harm. Whereas investing in the clean energy technologies of tomorrow and the jobs that come with it will benefit everyone. This is what we want for communities in Uganda and neighboring countries,” said Okulony.

Even South Africa’s Standard Bank, which has since 2017 been one of three key financial advisors for EACOP, has announced it is waiting for the outcome of an environmental and social impact study it has commissioned before it makes a decision on whether to finance the project.

David Pred, Executive Director of Inclusive Development International, said it would be a significant blow to the project if Standard Bank was to walk away, given the key role it has played as a financial advisor in arranging the $2.5 billion project loan that is required to finance construction.

“Any credible assessment would find that this project is too risky for the millions of people whose water resources it would jeopardize and for our rapidly warming climate, which simply cannot afford another massive oil project,” said Pred.

“Unfortunately, I’ve seen corporations cook up some pretty dubious impact assessments, so hopefully this is more than just a public relations exercise for Standard Bank and it undertakes a genuine examination of the risks of EACOP and acts on the findings,” he added.

Stretching for nearly 1,445 kilometers, the pipeline threatens to displace thousands of families and farmers from their land and would pose significant risks to water resources and wetlands – including the Lake Victoria basin, which over 40 million people rely upon for drinking water and food production.