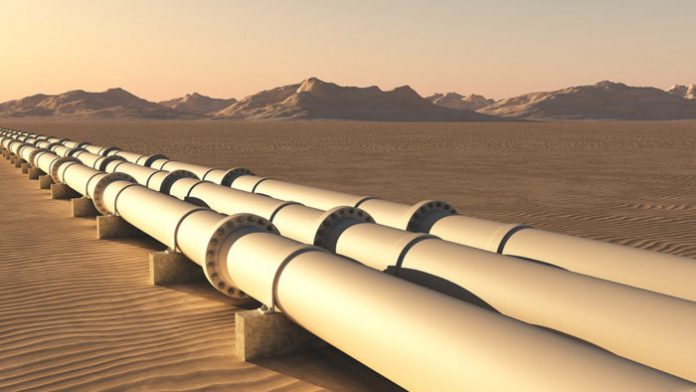 Construction of Nigeria-Morocco gas pipeline is still on, the Royal Cabinet of Morocco has revealed. Moroccan leader King Mohammed VI and Nigerian president Muhammadu Buhari, recently affirmed their commitment to the construction of the gas pipeline.

The pipeline would apparently be an extension of the existing West African Gas Pipeline, which runs from Lagos, Nigeria, connecting to Cotonou, Benin; Lomé, Togo; and Tema and Takoradi, Ghana.

The Nigeria-Morocco Gas Pipeline was proposed in a December 2016 agreement between the Nigerian National Petroleum Corporation (NNPC) and the Moroccan Office National des Hydrocarbures et des Mines (National Board of Hydrocarbons and Mines) (ONHYM).

In August 2017 it was reported that NNPC and ONHYM had begun a feasibility study for the pipeline.[5] The pipeline is estimated to cost US$25 billion, and would be completed in stages over 25 years.[6] Morocco is reportedly pushing Nigeria to pursue this pipeline rather than the Trans-Saharan Gas Pipeline, arguing that the latter would have to pass through a region with significant militant activity.

NNPC and ONHYM completed the feasibility study for the construction of the pipeline in January of 2019.In the same month, the two countries contracted with Penspen to conduct the first phase of front-end engineering & design.

In August 2019, NNPC and ONHYM presented the pipeline proposal at a special meeting of the Economic Community of West African States (ECOWAS); the Director of Energy and Mining of ECOWAS spoke positively of the project.

However, according to analysts at Fitch Solutions Macro Research and Kallanish Energy, NMGP “faces a myriad of challenges and is ‘unlikely to materialize in the short or medium-terms.’ By March 2020, according to Africa Intelligence, the front-end engineering & design had entered the second phase.