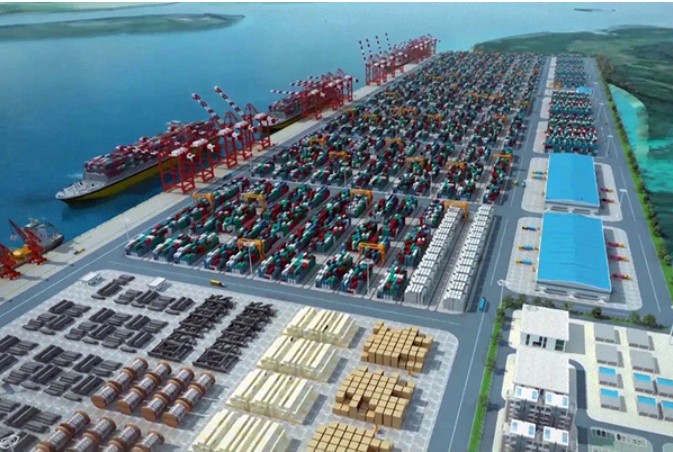 Construction of a 680m long quay wall has started on Lekki Deep Sea Port  project whose construction is underway in Lagos Free Zone in Nigeria, a move which CEO Ruogang Du, says is a major milestone towards the timely completion of the project.

“The commencement of piling of the quay wall, which is a major phase of the construction, symbolises a significant step towards the timely delivery of the project,” he said.

A quay wall is an earth retaining structure which is used to dock floating vessels and transfer goods.

“Investors and the contractors continue to demonstrate the willingness to forge ahead with the project. We are now confident that the project will be completed in 2023 as envisioned,” added Mr Du.

The Lekki Deep Sea Port is being developed, built and operated by LPLE, a joint venture enterprise led by the Tolaram Group, the Lagos State Government and the Nigerian Ports Authority. It is seen as a remedy to future demand for container facilities in Nigeria.

The strategic location, flexible and optimized layout and modern facilities provide Lekki Port a distinct competitive edge over any other port facility in the West African region.

Already leading maritime transport firm CMA CGM Group has announced that it has signed an agreement with Lekki Deep Seaport LFTZ Enterprise (LPLE)  to operate the future container terminal at the port.

The port is expected to contribute more than USD 200 billion to the government exchequer and create close to 170,000 new jobs. Furthermore, Lekki Port will spur the economic development around the Lekki sub-region and the wider Lagos State through rapid industrialization.

The Lekki Deep Seaport container terminal will be equipped with a 1,200-meter-long quay as well as 13 quay cranes and will have a capacity of 2.5 million TEUs (Twenty-foot Equivalent Units).

Construction of Lekki Deep Sea Port is expected to cost $1.5 billion (about N6billion).