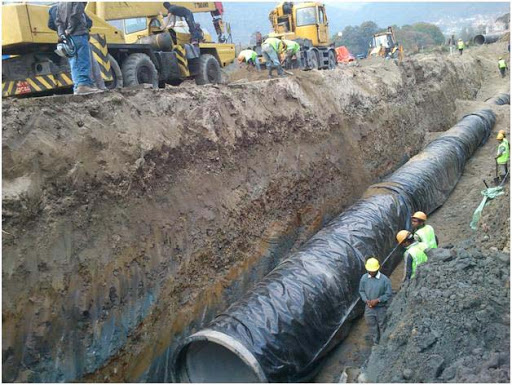 Plans are underway in South Africa to construct a major bulk water pipeline in the Eastern Cape to improve water supply to Ngqamakhwe, Butterworth and surrounding areas.

The Department of Water and Sanitation says that Tsomo Ngqamakhwe bulk water pipeline construction project is one of the water projects to be undertaken by the department this financial year.

The project designs have been completed and the project engineer is on site whilst waiting the Department of Labour to satisfy itself with all the necessary requirements needed before the commencement of any construction work, says Sputnik Ratau, spokesperson for the Department of Water and Sanitation.

Upon completion of the work by the Department of Labour, the project site will be established.

“The department is satisfied with the preparatory work done so far and it is confident that the ball will get rolling as soon as all the consultative work has been completed,” said Ratau.

The department has also started engagements with local project teams As well as with the social facilitation and engineering teams.

The Phase 1 of the project which consists of the construction of a pump station, reservoirs and a pipeline from Tsomo Water Treatment Works to Ngqamakhwe is expected to cost approximately R481 million.

Ratau said that the Department of Water and Sanitation is steadfast in constructing water infrastructure that will meet the needs of communities and ensure adequate water supply for generations to come.

He added,”department appeals to all communities to protect water infrastructure meant to provide water to them and to use water sparingly for the benefit of everyone.”