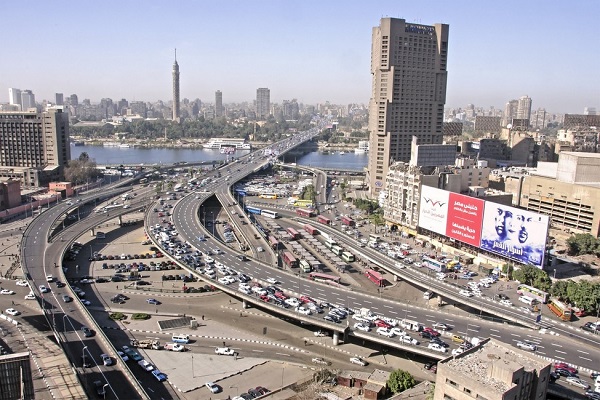 Great Road Builder Award is distinction for heads of state whose countries initiate outstanding projects or achievements in relation to the development of roads, transportation and mobility.

Al Sisi was recognized for his “personal leadership” in the development and construction of projects in Cairo such as the Heliopolis metro station, as well as a suspension bridge project on the Nile, George Orido, a spokesman for the selection committee of the Africa Road Builders said during a virtual inaugural meeting of the group, which saw global participation.

Each year, the Africa Road Builders Conference brings together representatives and stakeholders from the road and transport sectors to promote the development of roads, transport and mobility in Africa. This year’s theme is “Roads and transport to improve the quality of life of people in Africa.”

Presentation of the awards will take place during the final conference of the Africa Road Builders, organized every year on the sidelines of the Annual Meetings of the African Development Bank.

Speaking on behalf of Adesina, Solomon Quaynor, the Bank’s Vice President, Private Sector, Infrastructure and Industrialization thanked the conference organizers for recognising the Bank’s role in road infrastructure on the continent.

“Road transportation is a critical enabler for productivity and sustainable socio-economic growth. Over the past 12 years, the Bank has financed more than $8 billion of regional transport projects.

As a result, close to 13,000 km of regional highways have been built on 17 road corridors, along with 26 one-stop border post facilities,” Quaynor said.

Fouad Safer, Director of Transport and Infrastructure Studies at the National Bureau of Studies and Development (BNETD) in Côte d’Ivoire said the challenges to be met, included the balance between the development of cities in Africa and that of transport, the promotion of professionalization of transport, renewal of vehicle fleets, promotion and restructuring of transport networks.

“There is an urgency to have new generation of mass transport to improve the quality of life of our populations,” Safer said.

Mamadou Faye, administrator of the Senegalese Autonomous Road Maintenance Fund (FERA) said: “Road infrastructure is the most expensive capital in Africa. Without proper and timely maintenance, the roads deteriorate.

So it’s not just about building, it’s also about maintaining, having a funding model for road maintenance. In addition, we must invest in mass transport and innovation. It’s fundamental to improve performance.”

The Great Road Builder Award was inspired by Babacar Ndiaye who was president of the Bank from 1985 to 1995. Each year the Africa Road Builders Selection Committee carefully evaluates ambitious and concrete projects that have a real impact on the mobility of populations.

The Africa Road Builders Babacar Ndiaye Trophy is organized by Acturoutes, an information platform on infrastructure and roads in Africa, and the organization Medias for infrastructures and finance in Africa (MIFA), a network of African journalists specializing in road infrastructure.

The selection committee is made up of representatives of the media from the five regions of the continent on the basis of media and expert reports on issues related to roads, transport and sustainable development.