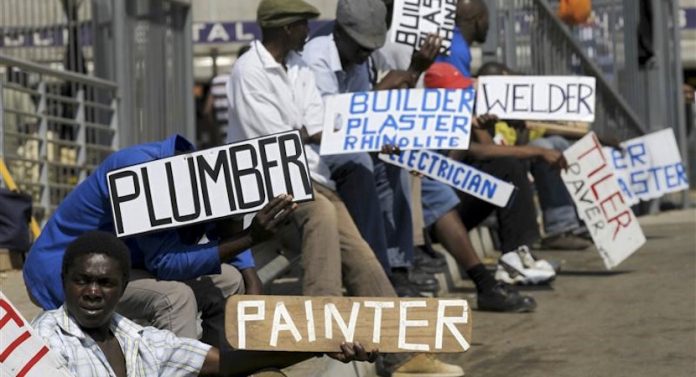 outh Africa’s unemployment rate spiked to 29% from 27.6% in the first quarter, the highest level since 2008, a government report has shown.

The report released Tuesday 30 by Statistics South Africa shows the unemployment rate increased by 1.4 percentage points from 27.6% in the first quarter of 2019 to 29% in the second quarter of 2019.

The findings revealed that the level of unemployment was high in South Africa and that there were few few jobs open to competition.

“About 71.5% of those in unemployment have been looking for work for a period of a year or longer,” the labor survey noted.

The report comes as the country faces slow economic growth and fears of layoffs in some companies, increasing pressure on the new administration of President Cyril Ramaphosa as it struggles to create jobs.

The survey found that out of 6.7 million unemployed, 57% studied but had not completed secondary schooling, while only 2.2% were graduates with university qualifications and 6.9% had other tertiary qualifications.

South Africa last witnessed its worst unemployment rate in 2003 which stood at over 28%.

Why Western Africa is the next Gold mining frontier