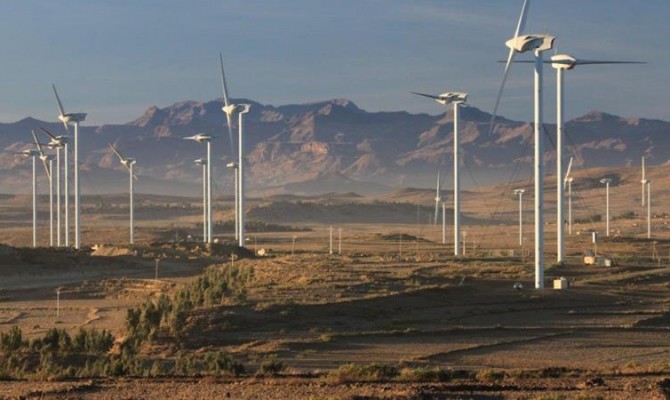 Kenya has launched what has been billed as the largest wind farm in Africa allowing the country to inject an additional 310 megawatts of renewable power to the national grid.

The mammoth project constructed at a cost of $680-million is located in Turkana the remote northern part of the country. The 365-turbine wind farm on the eastern shores of Lake Turkana, is the largest private investment in Kenya’s since independence.

Speaking during the launch of the project Kenya’s president Uhuru Kenyatta said that the East African nation was in course to becoming a force to reckon with when it comes to renewable energy.

“Today, we again raise the bar for the continent as we unveil the single largest wind farm,” said President Uhuru Kenyatta, after touring the project.
“Kenya is without a doubt on course to become a world leader in renewable energy.”

Kenya hopes that the Turkana wind farm will help to satisfy it rising demand of energy as it seeks to become an industrial country by the year 2030.