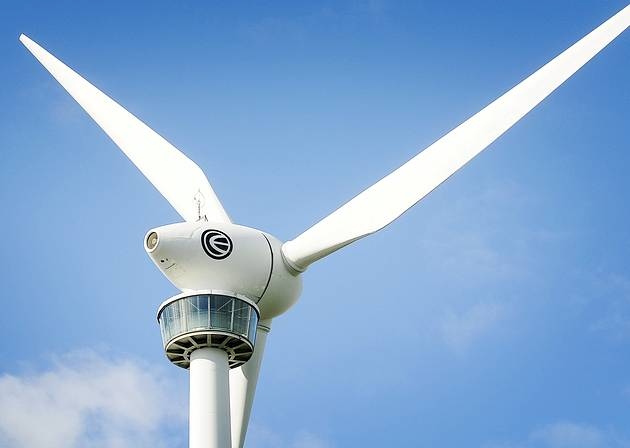 The report paints also reveals that construction activity in South Africa will peak at more than 1GW of capacity in 2020 and 2021 as developers race to operationalise projects that were awarded through bidding window 4 in 2015.

In the longer term, the country’s Integrated Resource Plan is expected to target more than 10GW of additional wind power capacity through 2030, while President Ramaphosa’s proposed reforms for the power sector will create a more favourable environment for renewable energy deployment.

“Africa’s most industrialised economy, South Africa, boasts its largest wind power market, with 2.1GW of operational capacity as of Q1 2019.

Issues with governance that took place in 2016 and 2017 were bad news for the local wind market, as no new additions were recorded in 2018.

However, installations are expected to recommence in 2019 with 130MW of new capacity additions on tap, though potential project delays jeopardise that capacity and limit any upside potential for additional capacity.

Growth prospects improve thereafter, with more than 1GW of capacity expected in 2020 and 2021 combined.

Developers only commissioned projects in 4 markets in Africa during 2018.

“The 310MW Lake Turkana project, the largest single installation on the African continent, was connected to the grid in Kenya after a year-long grid construction delay.

Cumulative wind power capacity in Africa stood at 5.5GW by the end of 2018.

“Africa’s wind project pipeline stands at 18GW as of Q1 2019. The project realisation rate, however, remains low in the region due to a host of challenges faced by developers. As some governments took measures to address these issues, the regional market is expected to recover and grow exponentially between 2019 and 2021.

This growth is underpinned by a five-fold increase year-on-year in turbine order intake in 2018 and 6.5GW of wind capacity in advanced stages of development.

The scale of the development pipeline underlines the ability of the continent’s largest wind markets to grow in a sustained manner, providing a blueprint for emerging markets to tap their wind potential and fuel economic growth,” added Mr. Malik.

Inconsistent policy measures have historically plagued wind market growth in Africa, however that is beginning to change.

“We are observing a growing momentum behind the development of long-term incentive mechanisms to support the regional wind market.

Competitive procurement has proven to be the favoured tool of policy support, with South Africa and Morocco introducing auction programs in 2011 and 2015, respectively. Tunisia solicited bids for wind IPPs in 2017, while Kenya and Ethiopia are contemplating the launch of auctions for future installations.

These developments mirror global trends where competitive procurement regimes have resulted in lower tariffs in many countries.

Notably, this trend may be less impactful in emerging markets, which are expected to grow by less than 800MW of capacity through 2028, as auction volumes may not be sufficient to draw the attention of global wind industry leaders,” stated Mr. Malik.

The National Renewable Energy Authority (NREA) maintained market leadership in Egypt in 2018. This is expected to change with the commissioning of the 262MW Gulf of Suez project in 2019 by an Engie-led consortium.

“Several leading international developers are executing projects with anticipated commissioning in the near future.

Consequently, a wind IPP market will be established in Egypt with 1.3GW of capacity. Similarly, the commissioning of 1GW of wind capacity in Morocco, awarded between 2012 and 2016, will enhance IPPs’ role in this market.

It’s necessary for both countries to take measures to consolidate their success. For example, Morocco needs to introduce new rounds of auctions no later than early 2020s and the Egyptian government should implement a more rigorous policy framework for the long-term development of its wind power market,” said Mr. Malik.

“For example, IPPs in Tunisia were lukewarm to proposals due to concerns regarding the PPA’s terms – which were deemed unbankable by financiers and developers. The government addressed these concerns by revising the contentious terms.

On the back of making these amendments, the government received substantial interest for the 620MW of capacity it will award before 2020. Similar favourable developments in countries including Ethiopia, Tunisia, Kenya, Algeria and Ghana offer a combined 6.2GW wind market opportunity for developers and OEMs through 2028,” added Mr. Malik.