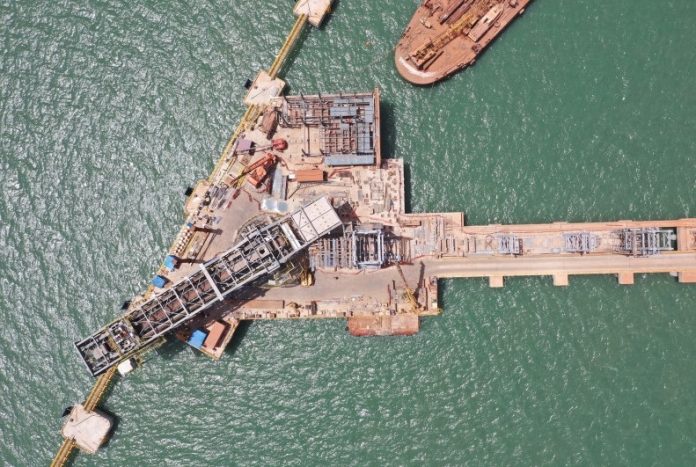 Emirates Global Aluminium (EGA), has announced that its wholly-owned subsidiary Guinea Alumina Corporation (GAC) has successfully closed the Republic of Guinea’s largest-ever project financing for a greenfield mining project, in a step forward for EGA’s bauxite mining project and for Guinea’s economy.

The $750 million loan has a tenor of 12 to 14 years and was extended by development finance institutions, export credit agencies and international commercial banks. The loan represents the first time multilateral institutions and international commercial banks have participated together in a project financing for a greenfield mining project in Guinea.

GAC’s success in securing this ground-breaking project financing raises the profile of Guinea in international financial markets and sets a new benchmark for how Guinean projects can be financed, potentially improving Guinea’s access to international capital and boosting the national economy.

The mine has some of the world’s best quality resources of bauxite – the primary input in the production of alumina, the feedstock for aluminium smelters. Aluminium is used in industries including aerospace, packaging and transportation.

The approximately $1.4 billion project is one of the largest greenfield investments in Guinea in the last 40 years and is an integral part of EGA’s strategy to integrate upstream in the aluminium value chain.

A later phase of the project envisages the construction of an alumina refinery.

“The partnership we have formed with GAC’s lenders secures the long-term success of our Guinea project and for EGA this project financing is in line with our capital allocation strategy. We are committed to completing and then operating the GAC project to high standards, contributing to improving sustainability performance in Guinea whilst helping to grow the economy.”

Societe Generale acted as Financial Adviser to GAC and ING led due diligence on the project on behalf of the commercial banks.

The Multilateral Investment Guarantee Agency (MIGA) extended up to $129 million of political risk insurance cover to commercial banks participating in the loan.

Approval for the project financing followed extensive due diligence on GAC’s technical, commercial, environmental and social commitments and performance, and a public consultation process. Under the terms of the project financing, GAC is required to continue to comply with IFC’s performance standards which are the global benchmark for managing environmental and social risks.

Sérgio Pimenta, IFC’s Vice-President for the Middle-East and Africa, said “We are happy to support this project as it will help Guinea increase its exports and bolster local economic growth, including through the procurement of goods and services from the domestic market and significant improvements to rail and port infrastructure.”

Guinea is the world’s largest bauxite mineral resource holder and GAC’s production will contribute further to the country’s position as a global bauxite supplier.

Over 4,600 people were employed in the construction of the GAC project at peak, more than 85 per cent Guineans. During the operations phase, the project is expected to directly employ some 1,000 people.

GAC also invests to support the communities near its operations including in health, infrastructure, education and training.

Development finance institutions provide and mobilise financing for private-sector development in developing countries to support economic growth and reduce poverty. They only support projects that are developmentally sound and meet high social and environmental performance standards.

IFC and MIGA are members of the World Bank Group.