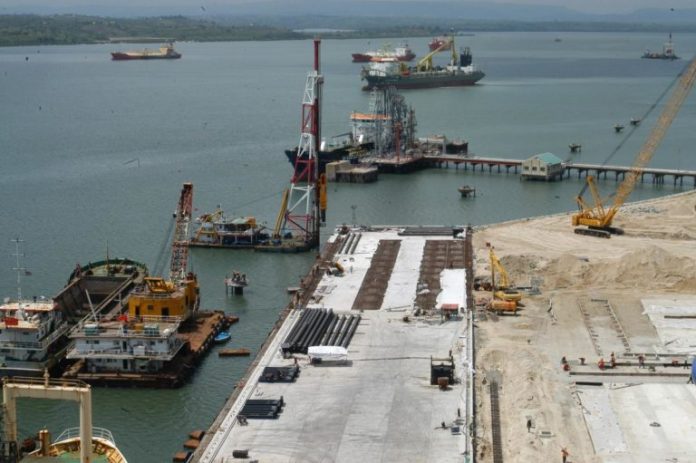 Kenya is in talks with Transnet SOC Ltd. of South Africa to operate a seaport that the East African nation is developing to partly use for planned exports of oil.

The state-owned South African logistics company is leading a group of companies that are pitching to provide the equipment for the initial three of 32 berths planned at Lamu port, and to operate the facility, Kenya Ports Authority Managing Director Daniel Manduku said.

“We are still negotiating,” Manduku said in an interview, without specifying the value of the deal. “We hope to have made a decision by end of March.”

President Uhuru Kenyatta is seeking to increase private investment to expand infrastructure and boost economic growth. That’s as the International Monetary Fund advises the government to restrainspending to further reduce its fiscal deficit from 7.5 percent of gross domestic product at the end June 2018.

The National Treasury earlier said a group of companies is seeking a 25-year public-private partnership to operate the Lamu port.

Lamu would be Kenya’s second international seaport after Mombasa. It was conceived as part of a regional infrastructure plan that includes an oil pipeline from northwestern Kenya, where Tullow Oil Plc plans to start commercial production in 2022.
The so-called Lapsset corridor envisages linking the pipeline, roads, rail and airports in Kenya to neighboring Ethiopia and South Sudan.

Construction of the first berth at Lamu will probably be completed in June, and the next two areas where vessels can dock in 2020, according to Lapsset Corridor Development Authority Chief Executive Officer Silvester Kasuku.

The government is spending $480 million to construct the three berths, Kasuku said.

Lamu port construction in good shape but behind schedule