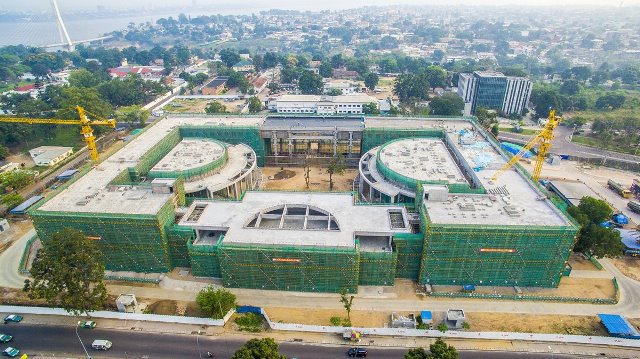 Construction of a parliament complex in the Republic of Congo is on course for completion in 2020 as planned, a local news portal, ICI Brazza, has reported.

China, the financier of the project called it a gift to the conflict ridden country drawing criticism from a human rights group and the African country’s political opposition.

Work on the $58m project kicked off in May 2017,presided over by  Long-standing President Denis Sassou Nguesso.

Construction of the parliament building is being undertaken by Chinese firm Jiangsu Provincial Construction.

A parliamentary delegation have already visited the site of the project located in the capital Brazzaville.

Aerial photos showed work had been advanced on the complex. Members of parliament were joined by the Chinese ambassador on the tour.

“This project is helping to open the capital city to modernity”, and “remains one of the biggest cooperation projects carried out by China in sub-Saharan Africa in the form of a gift”, Jean-Jacques Bouya, Minister in charge of planning of the territory of the Congo said.

But human rights activists and the opposition believe that a new parliament is not a priority for a country fraught with rights issues and political violence in the Pool region located about fifty kilometers from the capital Brazzaville.