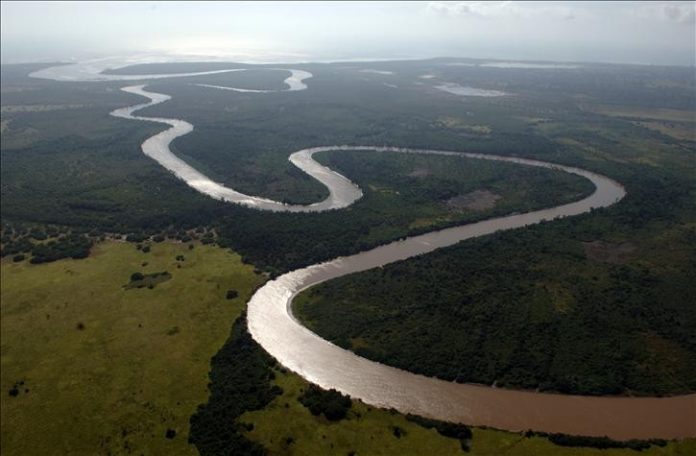 The Germany parliament, the Bundestag, has raised concerns over the future of the Selous Game Reserve,the largest wildlife park in Africa,now facing a critical challenge to its survival after the government of Tanzania signed a contract to build a mega hydro-power project at Stiegler’s Gorge inside the park.

Bundestag Members had asked the German government to assist Tanzania to find alternative ways that would help this African nation to produce electricity outside the Selous Game Reserve, the wildest and largest wildlife sanctuary in Africa.

Members from parties forming the German coalition government said in a debate over a bill on the same subject that the envisaged mega hydro-power project will jeopardize the status of Selous Game Reserve as the World Heritage Site.

The bill was seconded by members from the Christian Democratic Union (CDU0 and Christian Social Union (CSU) and the Green Party last week under the Proposals by the Economic Cooperation Committee.

The resolution passed by the parties had the Bundestag asking the German government to assist Tanzania in finding alternative ways of generating electricity in without harming the environment under the Selous Game Reserve ecosystem.

Members of the Bundestag noted during the debate that the 2,100 Megawatt hydropower project at Stiegler’s Gorge within the Reserve will also put at risk the entire ecosystem of the Rufiji River, one of the big waterways of Africa.

Though Tanzania needs the electricity for its economic development, German parliamentarians noted that the area which the government of Tanzania has earmarked for the 2,100 Megawatt power project is of paramount importance on nature.

In addition to conservation, the Rufiji River, one among the famous rivers in Africa is key to many people’s farming and fishing activities. They noted that the mega hydropower project would entail cutting a lot of trees leading to untold environmental repercussions.

Members of Parliament from the opposition Free Democratic Party (FDP) proposed for production of electricity using natural gas which is abundantly available in southern Tanzania, just outside the Selous ecosystem.

They asked the German government to convey their proposals to the Tanzanian counterparts.

President John Magufuli for whom the Stiegler’s Gorge hydropower project is one of his special priorities. He has allayed environmentalists’ concerns and asserted that, on the contrary, the project will help to safeguard the Selous environment.

Only three per cent (3%) of the total area in the Reserve will be used for Hydro-electric power generation. However, the wildlife will get enough drinking water compared to the past,  Magufuli said in one of his numerous speeches in defense of the project last year.

He said that since the wildlife will be better maintained in the reserve than before, the implementation of the project will also reduce poaching.

The Tanzanian president said Tanzania has chosen to go for hydroelectric power generation which is cheaper and more sustainable for social and economic development in Tanzania.

Mid-last year, the Ministry of Natural Resources and Tourism released a statement saying that UN ESCO has agreed to cooperate with Tanzania to ensure the project is environmentally safe. The government has already contracted Egyptian firm Arab Contractors to build the huge dam at the Stiegler’s Gorge, a famous tourist spot in Selous Game Reserve.

Covering an area of about 55,000 the Selous Game Reserve is one of the largest protected areas in Africa and the World Heritage Site. It is mostly known for its elephants, black rhinos and giraffes and other wildlife species.

Selous Game Reserve stands as the biggest wildlife conserved park in Africa with the largest concentration of elephants in the world where more than 110,000 heads are found roaming in its plains.

Other than elephants, the Reserve contains the biggest concentration of crocodiles, hippos and buffaloes than any other known wildlife park in the entire African continent, the wardens say.

Captain Frederick Courteney Selous, one of the greatest hunters who killed over 1,000 elephants in the Reserve had camped there to fight the German forces, but, was later killed by a German sniper on January 4th, 2017 at Beho Beho area while scouting for the British allies.

A visit at Beho Beho area can quickly spot Captain Selous Grave. The park was named later after him by the British government just after winning the war against German forces in Tanzania.

Thrilling story of the Selous Game Reserve won’t be complete without mentioning Stiegler, the famous Swiss traveler and a game hunter whose name is now spreading like a bushfire after the government of Tanzania decided to build a mega-power plant at the exact place of his untimely death.

The picturesque and horrifying Stiegler’s Gorge with a depth of 112 metres,  50 metres wide and a length of eight kilometers on the Rufiji River reminds of the Swiss hunter who was trumped by an elephant in 1907 after missing his gun shot.