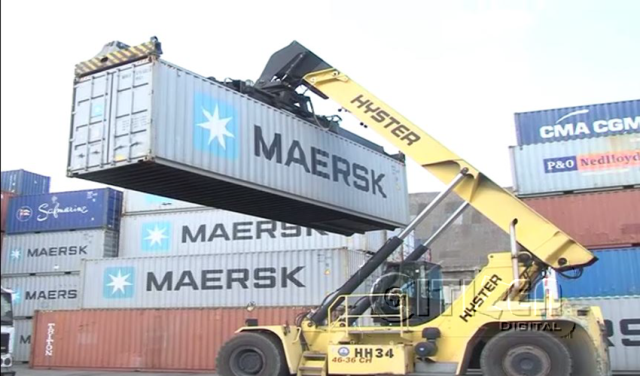 To achieve this plan, Mr Manduku said that KPA is contemplating amending its Act to enable the adoption of the Land Port Model and have several ports.

“Our vision is to increase capacity of Mombasa port so as to enable it to handle two million containers annually by 2022, said Mr Manduku.

“To this effect, we are carrying out a number of infrastructural projects in line with Vision 2030 delivery programmes.”

The port can currently hold 30 million tonnes of cargo annually.

If successful, the plan to revamp Mombasa port will boost revenue  to Ksh 100 billion  annually.

He said to keep the KPA in a strategic level in terms of ability of moving the cargo from the port to hinterland they have to handle the cargo traffic of two million twenty foot equivalent units. KPA is targeting 1.3 million this year compared to 1.2 million that they handled last year.

KPA’s major projects include an ongoing construction of the Lamu port, with Kisumu and Shimoni ports still pending.

KPA will be in charge of the Lamu port after completion while in Kisumu they have already acquired land for the project. The Authority is in the process of identifying an appropriate model.

Inland Container Depot in Nairobi is to be expanded so as to hold increased cargo from Mombasa port.

Mr Manduku was speaking  during a Vision 2030 delivery board stakeholders meeting at English Point Marina in Mombasa.

Revamping the Port of Mombasa is part of the Vision 2030 plan which targets to accelerate transformation of Kenya into a rapidly industrialising middle-income nation by the year 2030.