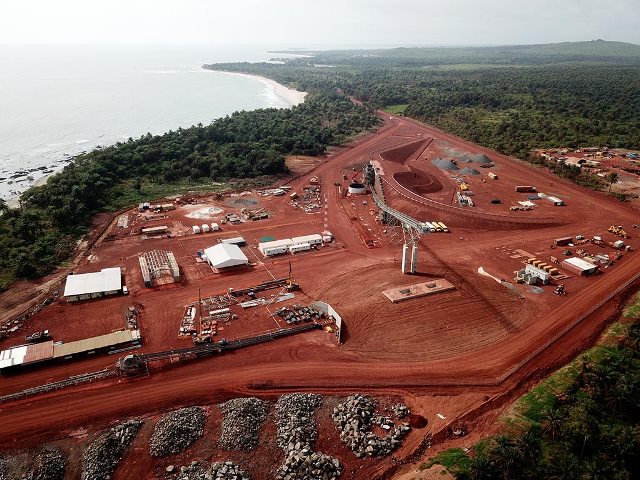 Cconstruction of the Bel Air Mine in Guinea has been completed and loading of its first shipment of high grade bauxite to China commenced, the financier of the project Africa Finance Corporation has said.

The construction of the mine was completed on time, to budget. Steady state production capacity will be 5.5 million tonnes of bauxite per annum, which will add to Guinea’s average yearly exports of c.35 m tonnes of bauxite.

The Bel Air Mine, developed by Alufer Mining Ltd. (“Alufer”), is located in the Boffa region of Western Guinea.

The total invested by the consortium was US$205m, making it the first and largest foreign investment in Guinea since the 2014 Ebola crisis. During construction, the project employed over 1,500 people, 85% of which were Guinean nationals and over half from local communities.

This marks a significant milestone for the Corporation, demonstrating its commitment to investing across Africa and providing employment and sustainable economic growth for those who need it most.

Creating a net-positive impact on the surrounding communities formed a key tenet to the development goals of the project. To date, 40 community projects have been completed, including small infrastructure projects that focused on power, water and waste management.

Long lasting livelihood projects have also played an important aspect for developing the local economy. The creation of a local development fund has been instrumental in supporting improvements to farming practices that enhance product yields.

Oliver Andrews, Executive Director & Chief Investment Officer of AFC commented:
“The scale of African demand for financing infrastructure investment and maintenance is high. Traditional sources of public financing and weakened economic conditions in many regions of the world including those ravaged by Ebola, have magnified the need for private capital.

AFC was established to meet this need by investing in infrastructure assets. I am delighted to announce the timely and safe completion of construction of the Bel Air Mine and associated transport infrastructure, including the first sea port to be built offshore West Africa in the last two decades, which brings with it not only employment opportunities but also much-needed connections with international markets that will support sustainable growth for Guinea’s mining industry.

Critically, a great deal of importance has been placed on developing a sustainable legacy and there has been significant engagement with the communities – which included over 2,000 meetings held throughout the construction phase – to ensure delivery of effective social and environmental initiatives.

To date, 40 voluntary community projects have been completed, in addition to initiatives that will support local economies and provide sustainable development, employment and income generation, that will endure beyond the mine’s lifetime.”

“AFC has been an integral partner in the success of the Bel Air Mine, forming an important component of not only the eventual financing of the project, but also contributing to the sustainable approach to which the project was to be delivered.

We look forward to working closely with AFC to deliver substantial returns for all of our stakeholders and creating a positive and lasting legacy for the people of Guinea.”