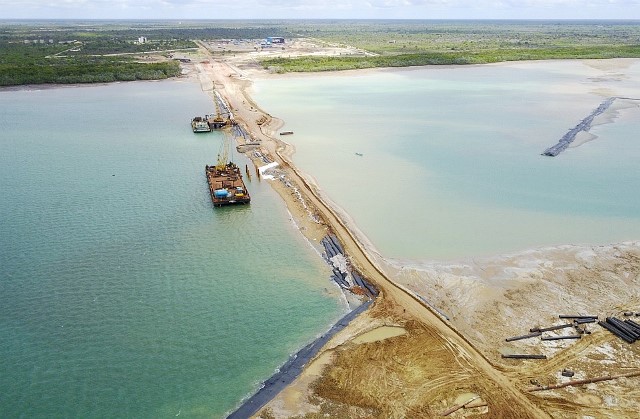 Kenya plans to start the construction of Lamu-Isiolo road in August after securing funds for the project.

The 530km road project is part of the Lapsset programme an ambitious project that aims to connect Kenya, Ethiopia and South Sudan with elaborate infrastructure.

Kenya has secured Sh62 billion funding from the Development Bank of South Africa to help in the project construction.

Construction of the first three berths at Lamu port is currently ongoing and is expected to complete in December.

“We expect the first ship to dock here by December once the berth is ready,” says Sylvester Kasuku Lapsset chief executive officer.

The Lapsset corridor project plan includes a 32-berth port, transportation hubs for rail, highway and international airports in Lamu, Isiolo and Lodwar, an oil pipeline from South Sudan, Uganda and Ethiopia to Lamu Port, an oil refinery and three resort cities in Isiolo, Lamu and Turkana.

Also to feature in Lamu is a special economic zone that is set to create thousands of jobs to residents.

The project is part of Kenya’s vision 2030 flagship project aimed at promoting regional integration, trade and the industrial growth of the region. The Lamu port and subsequent projects will position Kenya as East Africa’s trade and logistics hub.