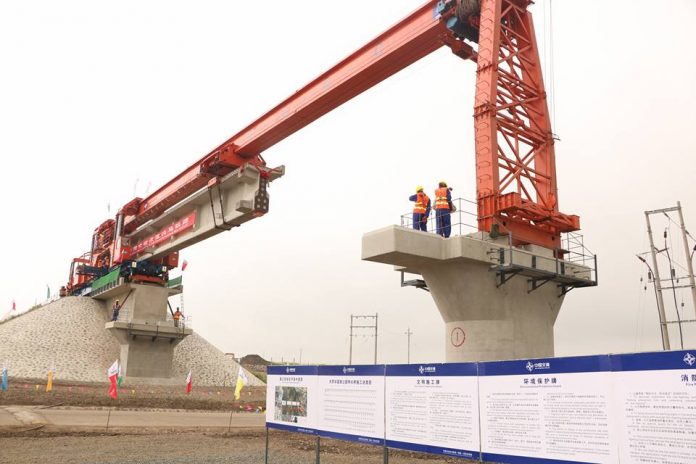 Construction of the second phase of a major railway line in Kenya kicked off Monday with railway track laying, in what officials called a “very important milestone.”

The Sh150 billion Kenya SGR, will connect the capital Nairobi to Naivasha a small town 120km away.  The first phase involved construction of a railway line linking the Coastal town of Mombasa and Nairobi.

Contractors of the Nairobi-Naivasha SGR, China Communications Construction Company
through its affiliate China Road and Bridge Corporation(CRBC) said that they expect the project to be completed in the next 18 months.

The final phase will see the railway line extended to Kisumu and Malaba.

We expect the project to be completed on time. We are working round the clock to that effect, said Mr Shan. He added that the firm was on course to complete the 4.5km Ngong tunnel in August. The tunnel is expected to be the longest in Kenya.

But even as the government kicks off the second phase of the SGR, conservationist are opposed to the fact that the railway line will pass through a major national park adjacent to Nairobi.A case challenging the project is before the National Environment Tribunal.

Conservationist think that the project will interfere with animals in the Nairobi national park. But the government says the rail will affect only 0.51 acres of the park.