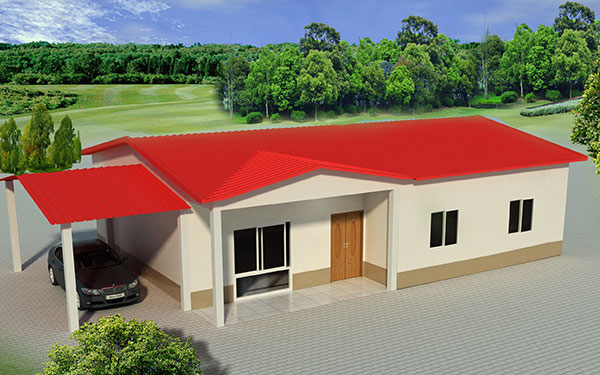 Pan-African Housing Financier Shelter Afrique has officially announced the winners of its 5000 for 5000 Housing Competition, setting in motion its low cost housing plan across the continent.

Launched at the 2016 Annual General Meeting in Abuja, Nigeria, the competition sought to stimulate and reward innovative thinking about how a liveable and sustainable home can be designed and produced at a capital cost of no more than US$5000 equivalent to the end user.

Shelter Afrique would then commit to developing 5000 of these low cost houses across the continents over a period, hence the name. Over 120 submissions were made for the competition from various countries across the world.

A panel of judges comprised of housing experts in Africa was convened in May of 2017 to review the submission, led by Professor Jerry Magutu of University of Nairobi.

The panel also included Dr Michael Majale a researcher based in Uganda, Mamadou Gueye the Chief Operating Officer of Housing Bank, Senegal, Steve Rukwaro, a Quantity Surveyor based in Kenya and lastly, Nina Martiz an architect based in Namibia.

The judges measured each submission against the following criteria; Sustainability, Practicability, Supply Chain Innovation and beauty and aesthetic.

Speaking on the competition, Managing Director, Femi Adewole said that the the competition was aimed at bringing to the fore innovation and large-scale development.”We were amazed at the rich well of ideas there is for affordable housing and indeed at the response to the competition,” he explained.

Shelter Afrique intends to have the top ten submissions presented to their shareholders at the Annual General Meeting in July.

Mr Adewole said that the competition is part of a solution and answer to large-scale low cost housing projects in Africa.

“We have received a lot of interest in the solutions and submissions, some reputable universities and research institutes have made their intentions known. We are also receiving a lot of interest from our member countries; many them have initiated large-scale housing projects,” he offered.