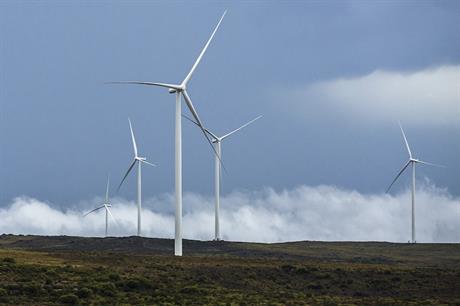 “We applaud President Ramaphosa’s unequivocal commitment in the State of the Nation Address to intervene decisively to stabilise and revitalise state owned enterprises for the benefit of our country’s economic future,” said Brenda Martin, CEO of SAWEA.

The industry is similarly pleased that the Minister of Finance acknowledged the Minister of Public Enterprises instruction to Eskom to conclude all Power Purchase Agreements (PPA’s) with independent power producers.

“We support the call to place youth at the centre of the economy, to enable their inclusion in the economy and welcome the incentives that will be provided to businesses to contribute more, direct opportunities to young entrants to the Industry,” added Martin.

SAWEA appeals to President Ramaphosa and the Ministers of Finance, Energy and Public Enterprises to ensure the achievement of a firm date for duly procured Renewable Energy Power Purchase Agreement conclusion, by no later than March 31st, 2018, when key legal documents will expire.

The South Africa’s wind Industry continues to anticipate Eskom’s co-operation on all related requirements for the conclusion of PPAs, which will allow the country’s renewables programme to get back on track.

Certainty is also required around the future scale of the South African renewables programme so that the full value chain benefits of clean power supply, investment growth, manufacturing sector recovery and development, further job creation and rural socio-economic benefits can be realised as soon as possible, in the South African economy.