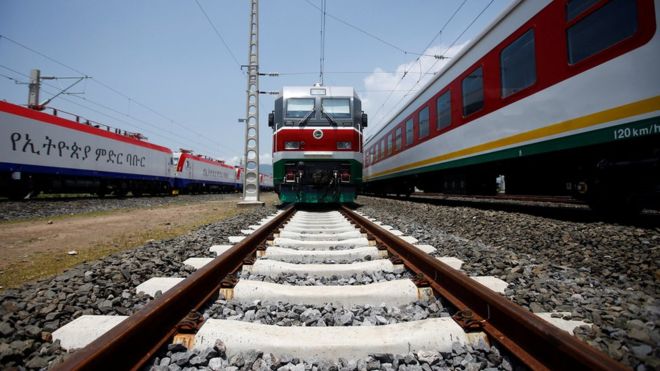 The Ethiopia-Djibouti railway line was officially inaugurated in 2016 but was set to undergo final touches before commercial operations begin.

It links Ethiopia’s capital, Addis Ababa, to the Red Sea port of Djibouti – a stretch of more than 750km (466 miles).

Travelling at 120km/h, the new service cuts the journey time down from three days by road to about 12 hours.

The $4bn project was built with the help of funding from a Chinese bank and will have Chinese staff. Construction was carried out by China Railway Group and China Civil Engineering Construction.

Tan Jian, Chinese Ambassador to Ethiopia, noted that the Ethiopia-Djibouti railway line would contribute to the industrialization and diversification of the Ethiopian economy, and also towards the country’s growth and transformation plan.

“It is the first trans-boundary and longest electrified railway on the African continent. We, the Chinese, see this as earlier harvest project of the Belt and Road initiative. It is regarded by many as a lifeline project for both countries, for Ethiopia and for Djibouti. And we see this as a railway of development; as a railway of cooperation; and as a railway of friendship,” he said.

The Ethiopia-Djibouti railway line is the first step in a vast 5,000km-long network of rail which Ethiopia hopes to build by 2020, connecting it to Kenya, Sudan and South Sudan.