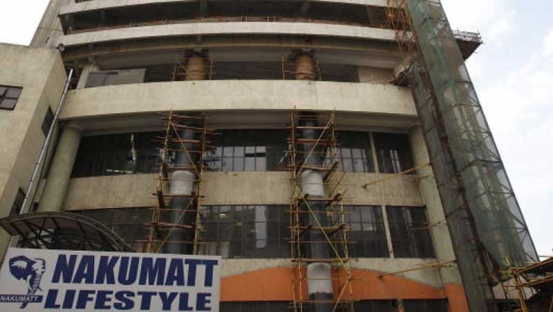 Hazina Towers , the building that would have been the tallest in Nairobi upon completion, will now have only 15th floors, the owner of the building, National Social Security Fund (NSSF) has said.

The building was initially set to have 39 floors but the plan was dropped due to structural issues. A report from the Ministry of Public Works had raised fears over the building’s concrete structural beams ability to hold its weight beyond the 25th floor.

Construction of Hazina Towers began in June 2013, and was to take 155 weeks with an expected completion date of July 2016. However, construction process encountered several challenges including court injunctions.

Retail Nakumatt Supermarket for instance, obtained a court injunction in 2014 to stop construction of the building on the ground that it had witnessed a drop in traffic since construction work started.

On their part, NSSF had warned that it was bound to lose billions of shillings if the project is halted and wanted the injunction lifted to pave way for the constructor to resume the work of the 39 storey building.

But on Friday, NSSF evicted Nakumatt Supermarket from Hazina Towers paving way for completion of the project. The supermarket was evicted over non-payment of rent arrears currently standing at Sh73 million according to daily Nation.

The NSSF has since acquired approvals from regulatory agencies to resume construction, with the National Construction Authority approving resumption of the building.