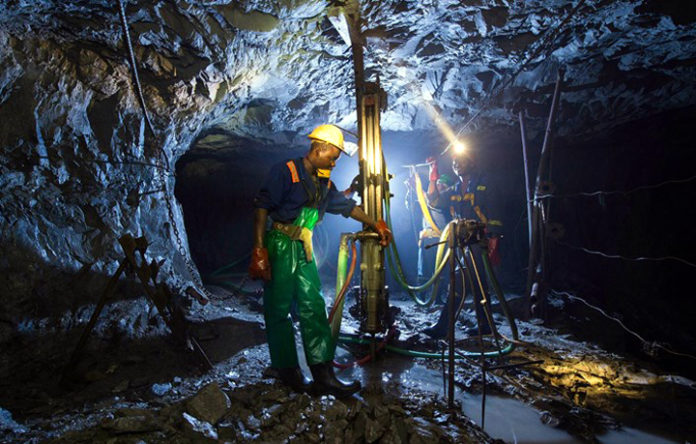 Zimbabwe’s mining sector is the most attractive investment area going by the number of applications with interest in the sector, statistics from the Zimbabwe Investment Authority (ZIA) has shown.

Out of the 153 approved  investment proposals in the first 11 months of 2017, 57 of them were in the mining sector representing a combined value of $576 million.

From January to November 30, 2017, ZIA approved investment proposals worth $1,5 billion, which is slightly below what was achieved in the same period last year.

According to ZIA countries interested in Zimbabwe’s mining sector include: the United States,United Kingdom, Bulgaria,Singapore, South Africa and China.

At its peak in 1986, the Zimbabwe mining sector contributed about 7% to GDP. It is also worth noting that mineral shipments for 2008 amounted to US$676m, which represented about 51% of total export shipments and 3.8% of GDP.

Mineral industry in Zimbabwe was a major contributor to the world supply of chrysotile asbestos, ferrochromium, and lithium minerals.

Gold production was the leading sector in 1996 with output exceeding 24 metric tonnes.

In the years that followed however, Zimbabwe’s mining sector was badly affected by falling commodity prices and poor mining laws. Inadequate capital has been cited as a major hindrance to the success of the sector.

According to the 2017 Mining Industry Survey Report released last week the sector requires nearly $400 million in 2018 to sustain operations on the back of an uptick in capacity utilisation.

“In 2018, the mining sector is expected to record an output boom, with survey findings showing that 90% of respondents are planning to increase output by more than 10%,” the report said.

The survey showed that average profitability in the mining industry declined in 2017, with 30% of respondents having made losses in 2017, compared to 15% in 2016.

Apart from the mining sector, more investors in 2017 were also interested in the manufacturing sector, in which 48 approvals worth $480 million were also made.

Investment projects worth $152,4 million were also approved for the services sector.