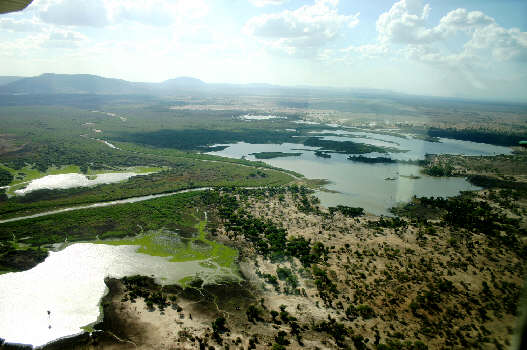 The environmentalists believe that the project will cause irreversible damage to the Selous game reserve in Tanzania.

Construction of the dam is set for the heart of the Selous, a major game reserve in the country. The reserve is home to a huge variety of species including elephants, cheetahs, giraffes and crocodiles.

Tanzanian president John Magufuli, has been quoted saying that he would be going ahead with the Stiegler’s Gorge dam on the Rufiji river. The dam is expected to provide 2,100MW a major boost to a country that has only 1,400MW and with population of 53million.

Spanning over 20,000 square miles, a land area larger than Denmark, Selous is considered one of the largest protected wild areas in Africa and is home to several wildlife species as well as an “exceptionally high variety of habitats” according to Unesco.

The International Union for Conservation of Nature says the Stiegler’s Gorge dam project is likely to have a potentially negative impact to wirldlife in the area especially the critically endangered black rhinoceros.

“The project has been a significant concern for many years now due to its potential negative impact on the world heritage site,” said conservationist Remco van Merm. Mr Merm has also raised concerns over possibility of increased risk of poaching and other illegal activities due to access to the area.