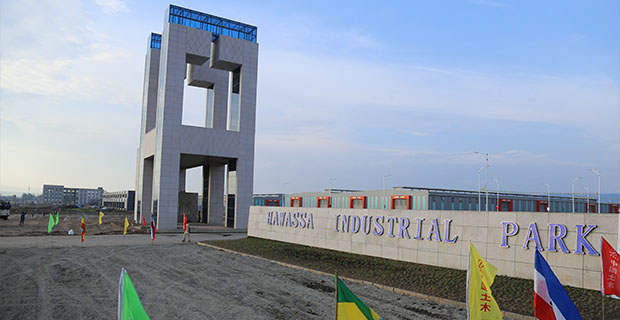 Ethiopia’s state of the art development Hawassa Industrial Park is expected to be fully operational as of next week Arkebe Oqubay, Special Advisor to the Ethiopian Prime Minster has said.

The project is said to be the first sustainable textile and apparel industrial park in Africa using cutting edge technology.

Ethiopia hopes that the Chinese-built Hawassa Industrial Park, designed and constructed in an environment-friendly manner will be model for other industrial park projects throughout the country.

The east African country further hoped that the park would help its aspiration and commitment to build green economy. Designed, constructed and operated in environment-friendly manners, the park applies the latest technology for treating and recycling about 90 percent of its water usage.

Development of sustainable, competitive export-driven industrial parks is a major target of Ethiopia’s vision towards economic development, according to Arkebe Oqubay, Special Advisor to the Ethiopian Prime Minster.

Oqubay told reporters on Friday that Ethiopia’s rapid economic growth can only be sustained through the realization of a structural transformation, which requires creating a robust and competitive industrial base.

According to Oqubay, the Hawassa industrial park would be considered as a model for other industrial parks under construction in the east African country, in which efforts will be exerted to implement the Zero-Liquid Discharge (ZLD) technology to promote environmental protection.

Built by China Civil Engineering Corporation (CCECC), the Hawassa Industrial Park was completed in a record time of nine months.

After the Hawassa industrial park, the government has further embarked on the development of similar parks in Kombolcha, Mekele, Kilinto, Bole Lemmi II, Dire Dawa and Adama among others, of which Mekele and Kombolcha industrial parks will be inaugurated soon.

Projects like these have proved to be fruitful to Ethiopia boosting its economy in the region.

According to the IMF’s latest report, Ethiopia’s economy has overtaken Kenya’s with Ethiopia’s gross domestic product (GDP)- or the total value of goods and services produced annually- hitting Sh7.4 trillion in 2016 compared to Kenya’s Sh7 trillion in the same year.
ADVERTISEMENT