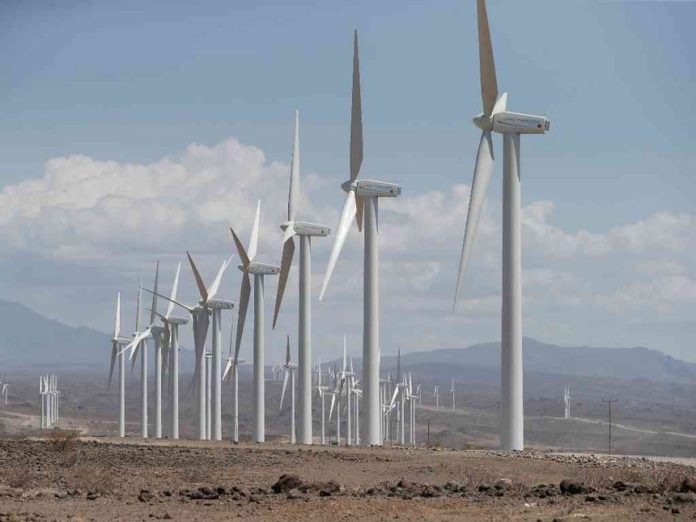 A director of the consortium building the Lake Turkana Wind project has announced that the Wind Power project will be fully connected to the national grid by the end of June.

Carlo Van Wageningen, founder of the project noted that most of its 365 wind turbines had been erected and the last batch of 30 was due to arrive in the port city of Mombasa early next month.

Lake Turkana wind power project had faced a series of setbacks, mostly due to problems securing financing which delayed construction.

“As of last Friday, we had 299 turbines standing and ready. Of those, we have by tomorrow (Thursday), 120 turbines fully connected to the substation and therefore ready to deliver 110 MW of power,” Van Wageningen told Reuters in a phone interview.

“We expect all the turbines to be erected, 365 (of them) by mid-March, and by mid-May latest, all of them will be fully connected to the substation, in readiness for power delivery.”

Kenya is increasing electricity generation and investing in expanding and reinforcing its grid to keep up with growing demand for power and to reduce frequent blackouts.

The east African nation relies heavily on renewables such as geothermal and hydro power for its electricity supply.

Kenya Electricity Generating Company produces the country’s only wind power, but its capacity is just 25.5 MW, whereas the Lake Turkana project will provide 310 MW in total, adding to Kenya’s total current power generation capacity of about 2,341 megawatts.

A 428 km, 400-kilovolt powerline running from Loiyangalani in northern Kenya to Suswa in the centre of the country, which will link Lake Turkana Power to the national grid should finally be ready by the end of June, Van Wageningen said.

“So hopefully in the middle of this year we should start delivering the cheap power, 310 MW,” he said.

The powerline, being built by state-run Kenya Transmission Company (KETRACO), had been due to be completed by October last year but was delayed by demands for compensation from landowners along the route and other issues.

The project had orginally been due to start generating power in June 2011 but faced delays securing financing and construction didn’t start until 2014. ($1 = 103.9000 Kenyan shillings