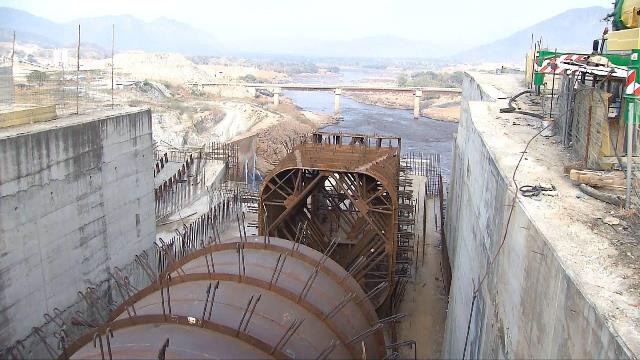 Ethiopia has hired the services of Chinese firms to accelerate the construction of Grand Ethiopian Renaissance Dam (GERD), expected to be the largest hydro electric dam upon completion.

Ethiopian Electric Power (EEP) said it has brought in China Gezhouba Group to execute the pre-commissioning activities of the Grand Ethiopian Renaissance Dam (GERD), for $40.1m.

The state utility firm also confirmed that it had awarded a $113m contract to Voith Hydro Shanghai for electrical, mechanical, and various civil and structural works required to finish the GERD.

“By securing the services of China Gezhouba we expect that work will be executed at a significantly high speed with the aim of completing the project on schedule,” said EEP chief executive Abraham Belay said.Also known as Hidase Dam and located on the Blue Nile River the project has been under construction since 2011.

The dam has faced a myriad of challenges key among them opposition from Egypt against the dam.

The North African country has expressed concerns that the construction of the dam, which is more than half-way complete, could negatively affect Egypt’s share of Nile water.

Ethiopia, however, maintains that the dam project, which Ethiopia says is vital for generating electricity, will not harm downstream countries, with Gebeyehu assuring Egyptians in April during a first-time Cairo visit that Ethiopia will never harm the Egyptian people and their interests.