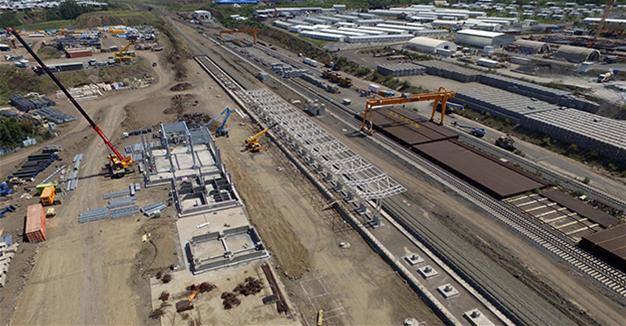 Turkish president Tayyip Erdogan has arrived in Algeria Monday to start a four nation African tour in what observers say is major push for influence on the continent that has seen an influx of Turkish construction firms.

In 2017, he visited Madagascar, Mozambique and Tanzania and has also made trips to Ethiopia, Uganda, and conflict-torn Somalia where Turkey has taken a lead in rebuilding efforts. And in 2016, Mr Erdogan visited Kenya and Uganda.

It appears that his visits to Africa are paying off. Turkish construction firm Yapi Merkezi is building a modern railway line in Tanzania and Ethiopia. The company announced its entrance to African infrastructure market a few years ago with its Casablanca and Algiers light railway networks.

Another Turkish firm with elaborate presence in Africa is Öztürk Construction. The company has presence in Guinea, Ghana, Cameroon, Angola, Tanzania, Zambia, and Sudan.

It recently won a tender for a USD740 million dual carriageway in Cameroon, and has so far completed investments worth a total of USD5.7 billion in sectors as varied as energy, education, mass housing, and healthcare.

The company is also involved in hotel and shopping mall projects in Lagos, Abuja, and Port Harcourt.

Other well-placed Turkish construction firms include Limak Holding, which is currently working with fellow Turkish firm Summa to complete a new, EUR466 million airport in the Senegalese capital Dakar, after which it will establish a joint venture with the Senegalese government to manage the airport for a period of 25 years.

Developing on a recent trend of Turkish contractors building airports abroad, Mapa Construction, 177th on the Engineering News Record(ENR) list, is heading up the construction of a new terminal at Ghana’s Kotoka International Airport in Accra.

In a statement, Algeria’s presidency said the two-day visit to the country will allow Erdogan to share with his counterpart Abdelaziz Bouteflika “his analysis of the regional and international situation, especially in the Middle East, North Africa and Sahel,”Associated Press reports.