Nigeria is, without a doubt, an astoundingly beautiful country to visit. While its ravishing nature and intricate culture are great, the economic state of affairs is in a state of limbo. If you are looking to invest in the Nigerian market, you should make sure to be aware of the macroeconomic risks that could make a difference down the line.

Nigeria is one of the key players in all the West African region. With 202 million people, the country accounts for around half of all the West African population. It also has one of the largest percentages of youth in the entire world. What can make Nigeria attractive for investors is that it has a vast amount of natural resources. Just as with the best uk online casinos, the potential to make money is good if you make the right moves. A significant opportunity lies in capitalizing on the gas industry, as the country has the biggest gas reserves in the African continent. Overall, Nigeria is Africa’s largest economy at almost $480 billion (2019). However, even though the economic landscape can sound promising, the truth is that the country deals with many problematic factors. We will take you through the main points.

The Main Macroeconomic Issues Nigeria is Currently Faced With Oil

One of the factors that make Nigeria’s economy somewhat challenging to foretell is that it is dependent on a multitude of variables that can not be controlled by the internal policies nor the domestic agents. The fluctuating oil prices are a major thing to consider in that regard. They are dependent upon the changes in the global market and thus can cause turmoil without the government of Nigeria has a chance to intervene. Oil accounts for 93.8% of Nigeria’s exports. It also makes up 25% of GDP and around 80% of its overall public revenue. Considering this, small price changes in the oil market can have huge impacts on the overall economic state of the country. After 2016, when oil prices decreased significantly, Nigeria faced its first economic recessions in over 25 years.

The country’s economic state suffered greatly due to the global pandemic. The spreading of the Delta variant still has a detrimental effect, and it will likely raise Nigeria’s unemployment rate. Currently, the unemployment rate is already considered very high at around 33.3% (2020). According to predictions made by the World Bank in 2020, over 11 million Nigerian citizens could find themselves below the poverty line by the end of next year. Currently, 40% of the Nigerian population (83 million citizens) is below the poverty line. On top of that, an additional 25% of people are close to poverty. In the current state, Nigeria is extremely vulnerable to the further spread of Covid 19 because the infrastructure of the country can not handle any additional strain. That is largely dependent on the decreasing oil prices and the notable risk aversion in the global capital markets.

Nigeria’s macroeconomic state was improving fairly well up until 2016 when oil prices dropped. However, the development of human capital has always been a weak spot because of lacking adequate investments. Some of the main developmental challenges the country is facing include a lack of infrastructure, a need to diversify the country’s economy and move from the dependency on oil, and Nigeria’s governance issues. According to the forecasts of the IMF, Nigeria will face a GDP contraction of around 3.2%. In 2021, the recovery rate should be around 1.5%. Other forecasts, such as from the Federal Government, predict that the number will reach 3%. The rate of GDP increase has stayed below the growth rate of the population since 2015. These statistics are revealing in terms of the slow growth of the Nigerian economy. The numbers and current socio-economic problems have the Nigerian economy incredibly vulnerable to the consequences of the global pandemic and the following recovery period.

There is a widely known problem that has been overshadowing the reputation of Nigeria, and that is corruption. Alongside bribery, it is a serious threat to the growth of the economy. The problem is widespread in all of the industries, but the oil sector is affected much. Giving out gifts, facilitating payments, and bribery are common ways to push business deals in personally favored directions. To counter this, the United Kingdom responded with the Bribery Act of 2010. It applied a broad range of methods to try and counter corruption. It regulated non-UK businesses operating in the United Kingdom, as well as UK businesses that work overseas. Nigerian authorities themselves have a range of aversion methods, such as the Corrupt Practices, Criminal Code, and Other Related Offenses acts. Nefarious, corrupt activities can land offenders up to seven years in prison. However, the combined efforts do not seem to be very successful in countering the bribery issues.

As of June 15, 2020, the Nigerian government initiated a developmental update to achieve Resilience through Reforms. It was a critically needed move to help alleviate the recession, help with Nigerian public debt, and mitigate the rising inflation. To achieve this, sophisticated exchange-rate management, social sanctions, and financial policies will have to be pushed hard. With the help of the reforms, Nigeria aims to increase transparency in the public and private sectors, import more medicine and food, and establish mechanisms to track the federal government stock. The reforms will also track the overdrafts of the Central Bank more closely to facilitate better finance management. On top of that, the reforms will tackle the misuse of loopholes in laws pertaining to taxes. There are also plans to remove the petrol subsidies.

While the Nigerian economy is predicted to grow in 2022 by around 2%, the probability is highly uncertain. A successful economic recovery would need a significant rise in oil exportation. On top of that, the demand of the resource inside the country has to grow too. Recovery plans could underperform in case the oil prices see a drop. However, the opposite may also be true, depending on the market fluctuations.

Overall, the vast unemployment rate and the high inflation if the country could push the macroeconomic risks to a troubling state. That will likely be true at least until the outbreaks of COVID-19 will become fully contained.

By the end of this year, the country’s GDP will be in the ballpark of the numbers it reached in 2010.

That means that a whole decade of economic growth will, essentially, be back where it started. The economy is forecasted to grow slower than the rate of population, thus further negatively affecting the GDP.

What are your thoughts on Nigeria’s current economic state? What Nigerian laws do you think should be updated to counter the growing macroeconomic risks? We would love to hear your take on this. Please leave your comments in the section below. 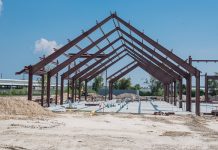