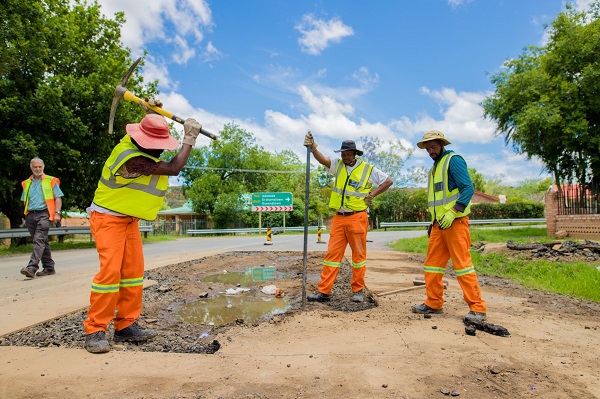 The three-year project will result in wider and safer roads that will bring much needed
economic benefit to local communities and businesses, with skills development and job
creation for an estimated 500 people.

“The project benefits to the province include the ease of travel between Fort Beaufort
and the N2 at King Williams Town. The upgraded road will reduce the cost of the transportation of goods and services and facilitate greater economic activity.

Furthermore, the upgrade of this road means there will be improved access to the market for surrounding settlements, as well as economic opportunities in other parts of the province,” said Mbulelo Peterson, SANRAL Southern Region Manager.

The new road will remain a single carriageway, albeit with a much wider, 13.4-metrewide cross-section than the current 7m wide road. The road will also feature designated climbing lanes for trucks transporting goods to minimise congestion and traffic build-up as is currently experienced. The completed project will contribute to reduced cost and time savings.

The provincial government transferred the R63 route, in 2012, to be incorporated into the
SANRAL road network.

On a technical level, the upgrade of the 23km road will improve and increase road
capacity from Fort Beaufort to Alice. The substandard 7m surfaced road with gravel
shoulders, sharp curves, and steep slopes are upgraded to a wider 13.4m cross-section,
including paved shoulders, gentle curves, flatter geometry, and climbing lanes.

The project also includes upgrading new community access roads and pedestrian walkways.
The construction of temporary deviations will minimise the impact of the traffic flows
during construction activities.

The Fort Beaufort main road, Campbell street, will be rehabilitated, which includes the
relocation of the old and unreliable sewer system and water mains that runs in the middle
of the street.

Since SMME participation is an essential component of all SANRAL projects, at least 60
SMMEs will be appointed over the construction period, with a target of approximately 20
women-owned businesses. All SMME contractors will receive training before their
construction starts with ongoing mentoring throughout the project.

A material testing laboratory, managed by SGS Matrolab, has also been established to
test the properties of construction materials used in upgrading the road.