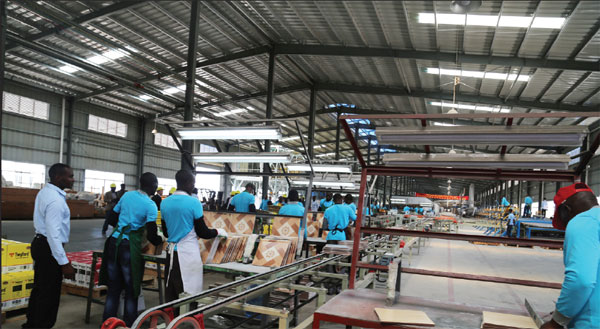 Sunda International is already well represented in Africa with activities in various trade areas in some 20 countries on the continent.

But for this specific project, the two partners have entered into a joint venture called Brightstar Investment Limited, which is incorporated in Mauritius.

In an Africa that is undergoing a change in construction habits, ceramics now play a key role both in terms of aesthetics and the solidity of buildings. Massive imports of ceramics from China have killed the artisanal production lines of these materials on the continent.

Let’s note that, in Cameroon, Sunda has obtained facilities from the Investment Promotion Agency for the construction of a 6 billion CFA Francs factory that will produce sanitary napkins and baby diapers.

It is unclear whether the two projects will be carried out concurrently or separately.