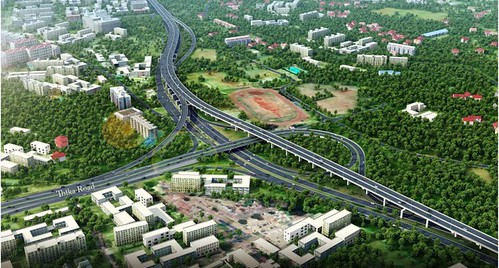 The Nairobi Expressway is ready for construction with all hurdles on existing infrastructure having been dealt with.

Transport Principal Secretary Paul Maringa has assured that the 27-kilometer expressway will not interfere with Uhuru Park.

Motorists using the road to be completed in the next three years will part with 300 shillings paid directly to the project financier.

After the public debt rose to more than 5.8 trillion shillings, the government has been keen to leverage on the Public Private Partnerships to construct major infrastructural projects including key roads.

However, roads that will be financed under the model will see Kenyans who use them pay at toll stations.

According to KENHA, the Nairobi Expressway will be the first such road with levies collected from users going to directly to Chinese financiers as return to investments for the next 27 years.

The toll centers will be strategically placed along slip roads and fully automated to facilitate easier payments.

The existing Mombasa road and Uhuru highway will still be in use as a toll-free option.

The Nairobi City BRT system has in the meantime been rescheduled to commence with the opening of the Nairobi Expressway in the next two years.

Other major roads that are set to be financed under the PPP model are the Nairobi–Mombasa Expressway and the Nairobi- Nakuru Mau summit highway.