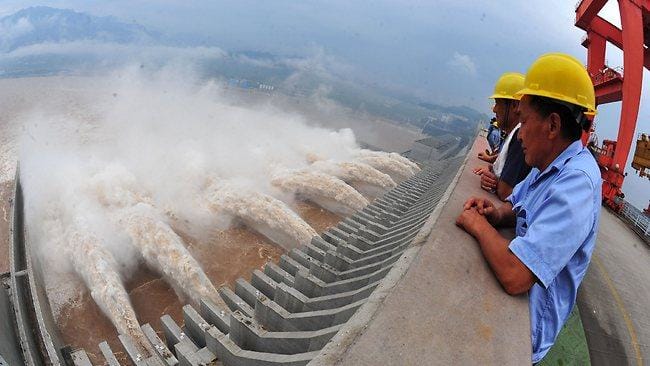 Construction of Congo’s Inga 3 hydropower project, frequently hit by delays will start later this year, a director of the agency overseeing the project’s development and delivery has confirmed.

Bruno Kapandji, head of the Agency for the Development and Promotion of the Grand Inga Project said that the new development follows a joint bid from two previously competing consortia of investors.

China Three Gorges Corp. and  Actividades de Construccion y Servicios SA were competing to have a share of the hydropower project. But on June 6, the investors submitted a joint bid for the project.

Mr Kapandji said Wednesday in Lubumbashi that the joint bid paves way for construction of the project expected produce 11,000 megawatts to start in earnest.

“We are in the process of preparing, discussing and negotiating the exclusive collaboration contract which will allow the single candidate to go to the market to find the financing,” he said.

“Our aim is to start Inga this year,” he added.

Inga 3 hydropower plant is expected to cost $13.9 billion to complete. It will be constructed within a period of seven years.

Known for its abidance of copper and cobalt, DRC continue to grapple with energy deficit that has seriously undermined its mining industry. Also only about 15 percent of Congo’s population has electricity.

Upon completion, Inga 3 hydropower plant is expected to be the largest in the world.