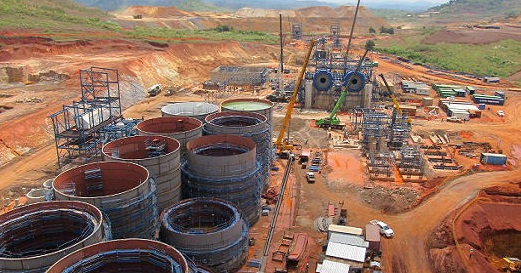 The Kibali gold mine in the Democratic Republic of Congo is expected to achieve full operation this year, Randgold Resources, the owner of the mine has announced.

In an update to shareholders on Tuesday, Chief Executive Officer Mark Bristow said that it follows the commissioning of its underground operation’s automated ore handling and hoisting system.

“What remains to be done is to ramp up underground production at Kibali gold mine and complete the construction of the mine’s third hydropower station Azambi, which is scheduled to be plugged by mid-year,” said Mr Bristow.

Bristow notes that with development expenditure tapering off, Kibali gold mine should now be in a position to start repaying its capital loans.

Unfortunately, due to the continued non-repayment of tax credits to the tune of $192 million, Kibali gold mine’s shareholders have had to inject more money into the operation during the past year to enable the mine to pay its creditors.

“Over the past eight years, while Kibali gold mine was still a work in progress, it has paid $2.25 billion to the state and people of the DRC in the form of taxes, permits, infrastructure, salaries and payments to local suppliers.

Bristow expressed disappointment on the new mining code in DRC that seeks to hike taxes for the sector.

“The surprise re-tabling of the controversial new draft mining code, which takes no account of the industry’s very serious concerns about the negative impact it will have on any prospect of further investment in this sector, is particularly disappointing.

“I appeal again to the government to engage with the industry in the formulation of a code that will stimulate this key component of the DRC’s economy instead of crippling it.”

The mining code have already been passed in the lower house and it is now in the upper house for discussion and possible approval.

Mining firms in DRC have rejected the mining code saying it will deter investment in the sector.

Mining industry is a major economic pillar in DRC. In 2015, it generated 98% of the DRC’s exports and 25% of government revenues and also contributed more than 21% to the country’s gross domestic product.

DRC is the continent’s leading copper producer and the world’s leading cobalt producer. However, despite being endowed by unique natural resources,it remains one of the poorest nations in the world.