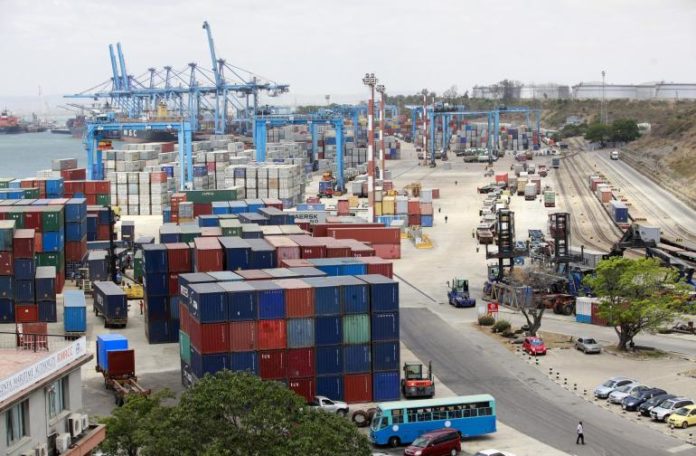 The Port of Mombasa has been declared the best transit and supply logistics Port in Eastern and Southern Africa at the African Ports Awards ceremony held in Livingston, Zambia.

In this category the Ports of Durban and East London under the Transnet National Ports Authority of South Africa took position two and three respectively in a hotly contested competition that featured 12 Ports from the region.

The Port of Mombasa managed by the Kenya Ports Authority (KPA) also emerged second runners up in the category of best container terminal productivity after South Africa’s Port of Durban and Port of Ngqura respectively.

KPA Managing Director Mrs. Catherine Mturi-Wairi expressed delight while receiving the award on behalf of the Authority after a two-day Port Management of Eastern and Southern Africa (PMAESA) investment forum and annual conference in Zambia.

The award comes after the Port of Mombasa was recently named for the third year in a row the best cruise Port in Africa by the World Travel Awards.

Between January and September this year the Port of Mombasa witnessed an increase in transit traffic after handling a total of 6,487,330 tons against 5,978,090 tons registered in the same period in 2016, representing an increase of 509,240 tons or 8.5 percent.

This improvement is attributed to an increase in Ugandan traffic by 513,057 tons or 10.5 percent. Similarly, cargo destined for Tanzania, Somalia and Rwanda also increased by 45,310 tons, 8,298 tons and 8,265 tons respectively,” said Mrs. Wairi recently during a KPA sponsored media workshop in Mombasa.

South Africa’s Ports under Transnet National Ports Authority scooped most of the awards with all their four major commercial Ports featuring in the competition.

Besides winning in the category of best container terminal in productivity, the Port of Durban also emerged leader in transshipment as well as best facility in management information system in the competition where entries for the award were coordinated and evaluated by CODEX African Ports Awards Consultant Company based in Abidjan, Ivory Coast.

The Port of Victoria of Seychelles managed by Seychelles Ports Authority emerged number one under the best performing/progression for traffic growth 2015-2016 and was followed by Port of Louis (Mauritius) and Port of East London (South Africa) in that order while Namibia’s Port of Walvis Bay under the Namibian Port Authority was named the best port policy for capacity building.