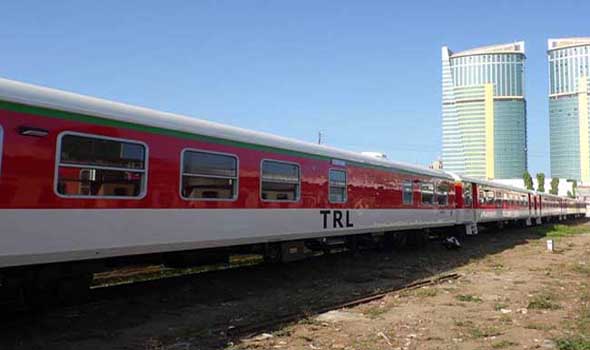 State-run Reli Assets Holding Company Ltd (RAHCO) said that Yapi Merkezi Insaat VE Sanayi As, will construct the electric railway line in Tanzania that will run from Morogoro to Makutupora.

“Fifteen contractors bought bid documents, but after careful assessment of the bids, Yapi Merkezi met both the technical and financial requirements,” RAHCO said in a statement.

This is the second infrastructure project that Yapi Merkezi is carrying out in Tanzania.In February this year, the firm was awarded a deal worth 1.22 billion dollars in joint venture with a Portuguese company to build a 300-kilometer SGR line from the port of Dar es Salaam to Morogoro.

Upon completion, the high speed electric railway line in Tanzania will have a capacity of transporting 17 million tonnes of cargo each year, with a 35 tonne axle load capacity.

RAHCO said it would also award three additional tenders over the coming months to successful bidders for the construction of close to 700 kilometers of railway.

Tanzania plans to profit from its long coastline and upgrade its rickety railways and roads to serve the growing economies in the land-locked heart of Africa.

In total, the government expects to spend 14.2 billion U.S. dollars over the next five years to build a 2,561 kilometers standard gauge railway network connecting the country’s main Indian Ocean port of Dar es Salaam to eastern and southern Africa’s hinterland.

The Dar es Salaam port is a key regional transport hub for the landlocked nations of the Democratic Republic of the Congo (DRC), Zambia, Rwanda, Burundi and Uganda.

Tanzania, Uganda and Kenya have stepped up efforts to modernize their railway systems seen as key to boosting intra-trade.

Early this year, Kenya launched its multi-million dollar SGR project running from the coastal town on Mombasa to the capital Nairobi. Uganda is also in final plans to construct its own SGR that will connect with that of Kenya from the border town of Malaba.