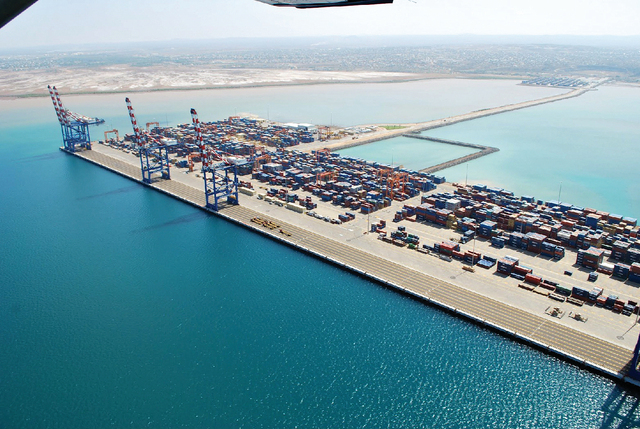 A port authority in Djibouti has announced that one of four new ports have been opened a move that is aimed at boosting the country’s position as a continental hub. The new mega port it said is able to handle $7 billion of goods a year.

Djibouti Ports and Free Zones Authority (DPFZA) said that Doraleh Multipurpose mega Port is one of four new ports in the Horn of Africa nation co-funded by China to establish Africa’s largest free-trade zone that can handle $7 billion of goods every year, a statement by the port authority said.

The bulk terminal of the Doraleh port can handle 2 million tonnes of cargo a year and offers space to store 100,000 tonnes of fertilizer, grains and warehouses for other goods, the statement added.

The break bulk terminal can also handle 6 million tonnes of cargo per year with 40,000 slots for vehicles at the RO-RO terminal.

“With this new world-class infrastructure, Djibouti confirms its position as a major trading hub for the continent. We are proud to show the world our capacity to deliver major infrastructure projects – some of the most technologically advanced on this continent,”

Djibouti hosts  a US and French naval bases. China is also building a naval base in the country.

The port at  a glance: