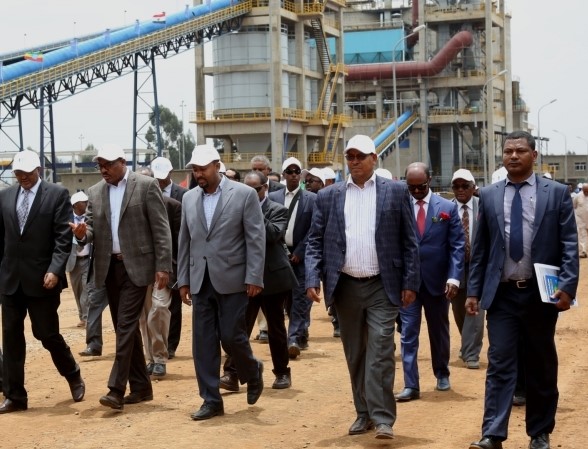 The cement plant which is built at a cost of about US$132m is located in Holeta Town. The shareholders are all Ethiopians except for 2 who are South African based companies.

Speaking at the inauguration ceremony Prime Minister, Hailemariam Dessalegn, noted that cement production grew by 10 fold in the past decade following deliberate efforts by the government.

Habesha Cement leverages the technical assistance it gets  from Pretoria Portland Cement which has been in the sector for over a century and plus years to thrive.

Due to its booming construction industry, Ethiopia has seen an increase in cement firms in the country in recent years. In 2015, Dandote cement opened a 2.5million mtpa cement plant in the country.

A 2016 Ecobank report suggests that demand for cement will continue to rise going forward due to increased construction activities in Kenya, Ethiopia,Tanzania and Uganda.

“Despite the headwinds facing countries that are dependent on commodity exports, investors remain bullish over African cement markets, attracted by ongoing strong real GDP growth, forecast to average 4.5% in 2015, rising purchasing power and development of numerous infrastructure and housing projects,” the reports reads in part.

Once an economic underdog, with little to no construction projects in the country,today bulldozers, tractors and cranes are busy day and night, paving new roads, building tall glass buildings and constructing modern transport system. A promising economy, the country grows at 11% per annum.